Getting in the Festive Spirit 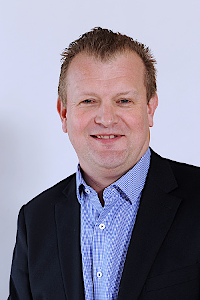 I’d like to thank everyone who has been working over the festive period, caring for patients and going above and beyond to make their time in hospital as good as it can be.

I know the commitment of NHS workers over Christmas is truly recognised and appreciated and the front page of the Surrey Advertiser was testament to this - featuring ASPH ED Senior Sister Sophie Byrne along with other ‘Surrey NHS heroes’. Thank you Sophie for representing Team ASPH so well. You can read the article online here.

It’s certainly been a busy couple of weeks and great to see so many of Team ASPH getting in the festive spirit with a real sense of community and camaraderie.

We had our annual decorate-a-door competition with some amazing entries as always. I know Suzanne and Andy really enjoyed walking around the hospitals to judge the doors and chat to colleagues. The winners were announced last week – congratulations to you all! Whilst judging the doors at Ashford, Suzanne and Andy also joined some of our overseas nurses spending their first Christmas in the UK at a special Christmas party. For colleagues who are far away from home, family and friends Christmas may feel lonely, but coming together to spend time with supportive colleagues no doubt makes it a little easier.

A Christmas message to all staff

This week we’ve got our usual festive video message to share with you. Unfortunately due to unforeseen circumstances and illness on the day of filming neither of us were able to take part this year. We were really disappointed to miss out on the opportunity but delighted that Louise and Tom stepped in so ably at the last minute to help. I hope you agree, they have done a fantastic job so thank you to them both. You can view the film on You Tube here.

A Focus on the Future 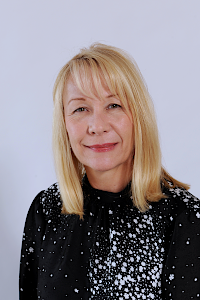 I felt the message this week had to reflect on the big event of last week, the General Election. Whatever our individual political views, I think it’s fair to say it’s been a time of uncertainty for us all. The top two issues for all the main political parties have been the EU Exit and NHS funding, both of which have an impact at a national level across the NHS, for us as a Trust and for many individual colleagues.

Whilst these are not new issues the scrutiny placed upon them in recent months has been intense. We’ve all heard strong words used to describe the pressure the NHS is operating under, such as ‘crisis’ and it’s easy to feel worried or dispirited. I’d say that whilst we are often working in a less than perfect environment and extra investment is needed and welcome, our priority continues to be providing the best possible care for patients. You all do an outstanding job, day in day out, and I know that won’t change. 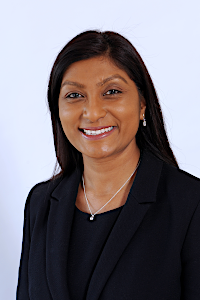 As I approach my last day at ASPH this Friday (13th Dec) to go on secondment, I leave with mixed senses of sadness, pride and excitement. Sadness that I am leaving such wonderful colleagues, pride at all we’ve achieved together during my time here and excitement for the future. Excitement on a personal level as I embark on the next stage of my career, and for ASPH as you embark on a huge journey of transformation.

I started at the Trust on 17th September 2017, my first role as Chief Nurse. Clearly stepping into an executive role is a brilliant opportunity, but it certainly brought feelings of trepidation. What was apparent to me from day one was that I had nothing to be anxious about. From executive colleagues to those working on the front line throughout ASPH, I have encountered warm, supportive, committed and encouraging colleagues. People who have embraced me for the person I am and the experience and perspective I’ve brought to the organisation, as I hope I have reciprocated.

Each week Suzanne Rankin, our Chief Executive, sends a message to staff about events at the hospitals, special achievements, and plans for the future.

We shall be adding them to this section as well as including them on our Twitter and Facebook pages.

From time to time, we shall ask other members of the Trust Board and clinical team to give their perspective on the week in our hospitals.

Suzanne was announced as the new Chief Executive in June 2014.

Suzanne began her nursing and management career with the Royal Navy, including deployment during the 1990 Gulf War; a spell as Senior Nursing Officer at NATO Headquarters in Lisbon; and Nursing Officer in charge of the 56-bed Trauma and Orthopaedic Unit at the former Royal Hospital Haslar in Gosport, Hampshire.