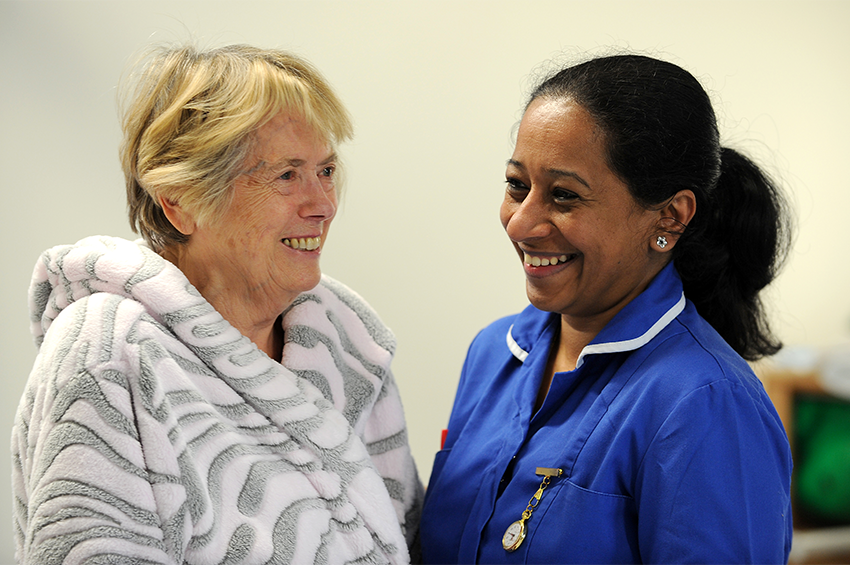 Deputy Sister Preetha Diju with a patient on Birch Ward

The following table describes how we are doing against some of the key targets set by Monitor, the health sector regulator. Due to the extreme pressures we faced last winter and operational issues in certain specialities, there are some areas where we have not done as well as we would have liked with robust improvement plans for next year. More detailed information on performance can be found on our website.

* Meeting the four hour waiting target continues as a top priority for the coming year and performance is improving.

** We met the 2 week waiting target for symptomatic breast patients achieving 94.3% and are now meeting this target for all urgent referrals (May 2015 data).

*** During the year we have received substantial increases in cancer referrals (+15%) resulting in difficulties meeting some of the targets. We are working hard to improve this; latest data (May 2015) shows we are achieving this at 87.7%, exceeding the target.

**** During the year we’ve worked hard to resolve the problems we incurred last year around delivery of the 18 week referral to treatment target, although pressures remain in certain specialties due to rising demand. Again, performance is improving and in May 2015 we achieved 92.6%.