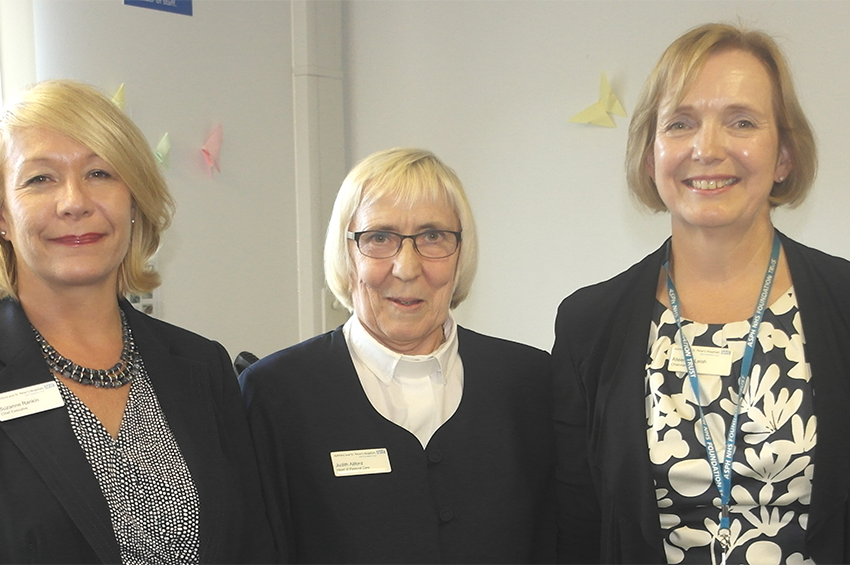 The Rev Judith Allford, the Trust’s Head of Pastoral Care for nearly 20 years, retired at the end of August. Many friends, colleagues and former colleagues gathered in Chertsey House to wish her farewell.

Chief Executive Suzanne Rankin said it was sad to be saying goodbye. She said Judith was always kind, always warm and she was everywhere. To patients and their families she represented care and compassion; her leadership of the chaplaincy team with such supreme calm and organisation had meant that ‘our patients have received the best spiritual and pastoral care that anyone could ever hope for’.

To staff she was wise, supportive and everyone’s friend, carer, adviser and comfort. She had a unique freedom of access within the Trust.

“You once said you wanted to be remembered for bringing the love of God to the people in hospital not to help them wait to go to God. You have absolutely met your objective. You are an inspiration, an institution; we love you and we’ll miss you.”

Suzanne revealed that Judith was being appointed a Canon of Guildford Cathedral on Sunday 18th October.

Chairman Aileen McLeish said Judith was one of the first women to be ordained, a leader and an innovator. The chaplaincy team had grown from two to 80 volunteers who now reach all parts of the Trust.

“She is our rock and our support and we thank her and wish her much joy and laughter to come in retirement. “

Judith said: “The chaplains …try to be there for everybody. I was very proud and humbled when our Muslim colleagues thanked me for all the chaplaincy had done for them. We can be proud of the way in which we truly integrate into the life of Ashford and St Peter’s and wouldn’t it be good if the world was like that.”