Peddling for pounds to support our Neonatal Intensive Care Unit 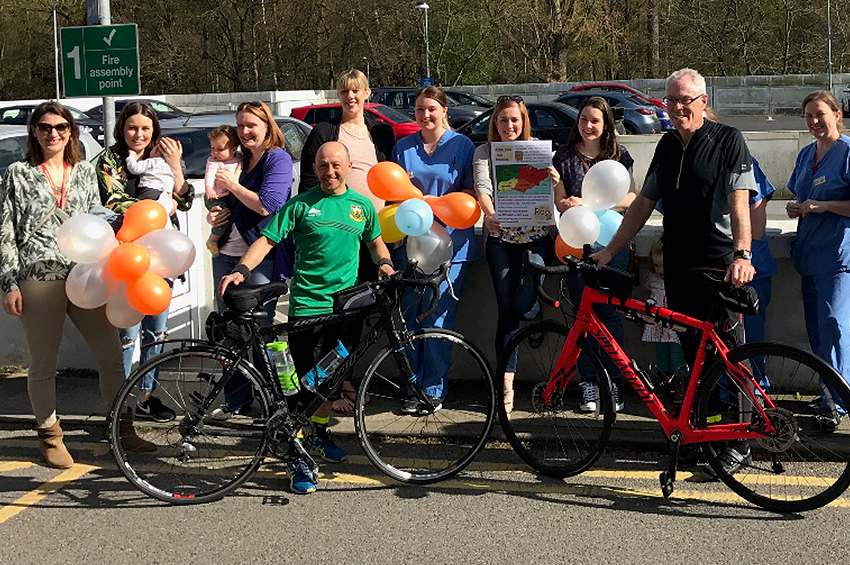 Dr Crawshaw explains: “Whilst many hospitals provide special care facilities for babies, there are fewer Neonatal Intensive Care Units (NICUs) across the country – for example, the unit at St. Peter’s Hospital is the only one in Surrey. We provide the highest level of care for very sick or premature babies and link with other baby units in the region; particularly through the Kent, Surrey and Sussex Neonatal Transfer Service – which is a specialist ambulance service to transfer babies in an incubator between hospitals.”

Raising money for the Little Roo Neonatal Fund, which will support the purchase of new equipment for the transport service, is Paul and Tony’s motivation.

“The transport team do an exceptional job”, says Paul, “and when Tony suggested the challenge of cycling to visit every hospital in the Kent, Surrey and Sussex network we collect babies from, I was really keen to support him.”

You can support Paul and Tony by donating at www.justgiving.com/fundraising/NeonatalTransportPFPS or text PFPS10 £5 to 70070.