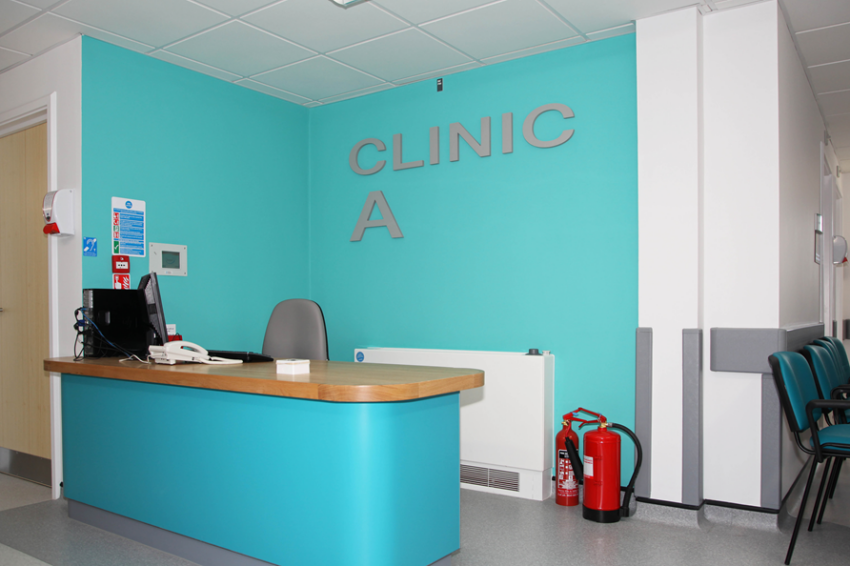 As some of you will have seen at the Annual Members Meeting, the amazing £2.8 million transformation of our Outpatients Department at Ashford Hospital has now been completed.

The new department was officially opened in late September by local resident and EastEnders’ star, actress Nina Wadia, who played the popular character of Zainab in the soap. 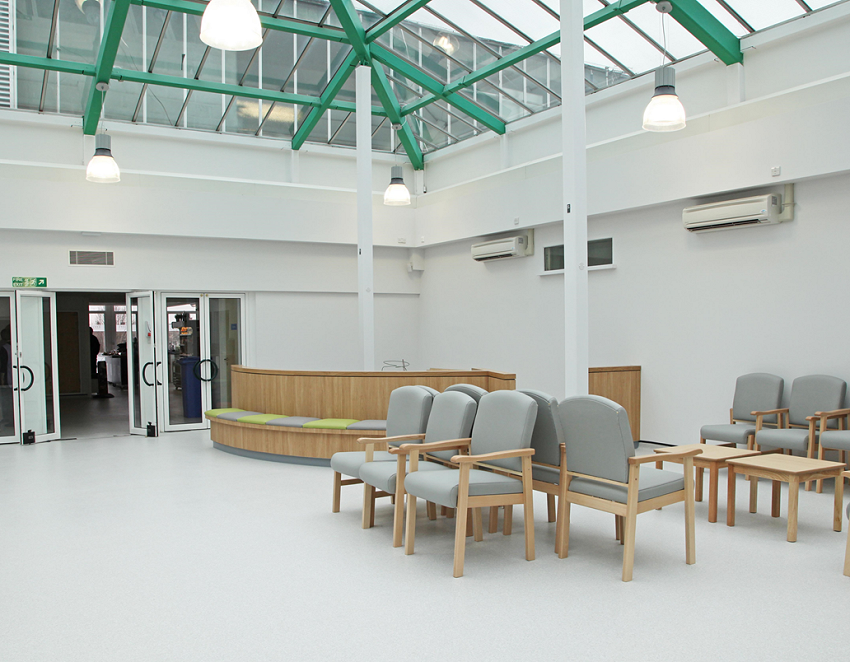 Over the last 18 months the department has been completely revamped, with the old atrium converted into a large central waiting area, with a separate colourful space for children, plus new consulting rooms, treatment suite and bright new cafeteria. Natural light now floods through the department, with improved signposting to help patients and visitors find their way around.

Around 100 guests attended the event. Unveiling the plaque, Nina spoke of how impressed she was with the new department, saying: “Looking around it’s so neat and clean, I am so very impressed and for a little while I felt as if I was on Holby City! I know how hard everyone works and I am not unfamiliar with this hospital. I’ve lived in many other places and there is no country in the world that can touch the NHS.” 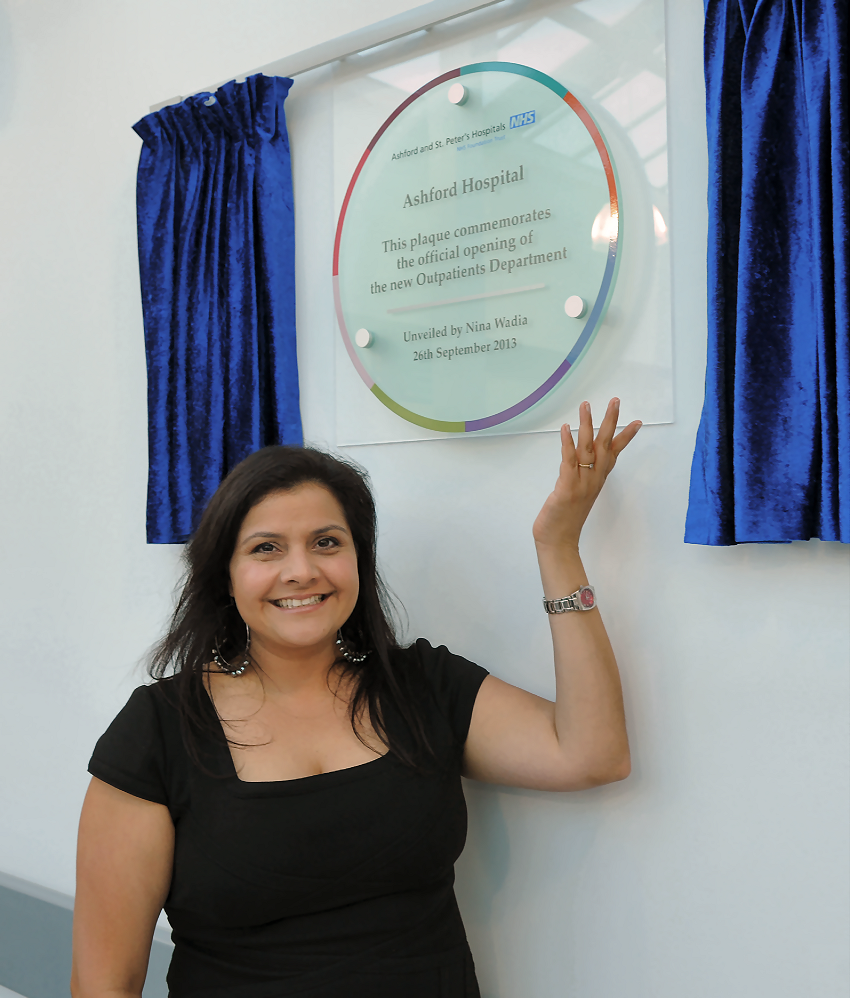 Our Chief Nurse Suzanne Rankin thanked Nina for being at the opening and also extended a special thank you to Matron Diane Lashbrook, the real driving force behind the development:

"I know that all her staff will agree that Di has gone above and beyond to make this happen and her 'can do' attitude is inspiring. Whatever needs to be done, Di is there, hands-on, getting on with it. Well done."

Shown above: Each clinic area is brightly colour coded, such as the turquoise area ‘A’. The new bright and airy atrium with a separate children’s area. Special guest Nina Wadia unveiling the plaque. Celebrating the opening.