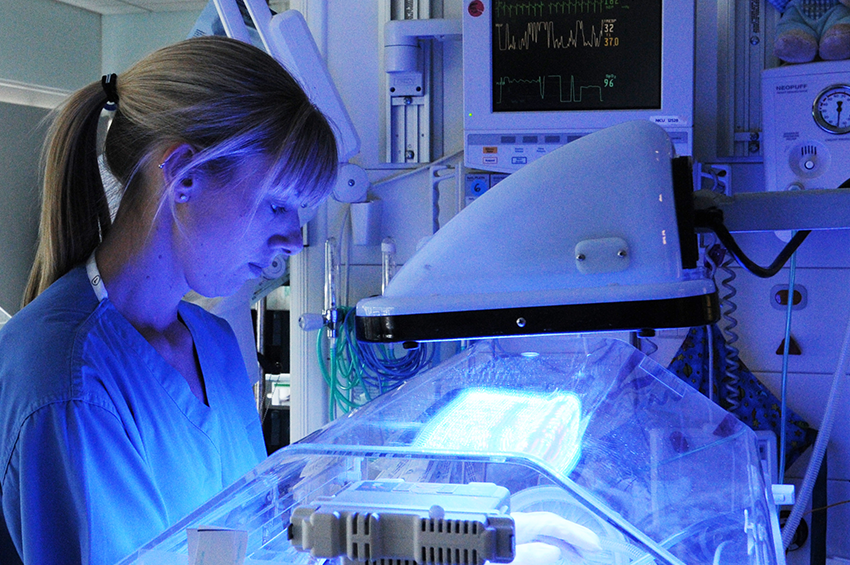 A clinical trial by a team of doctors at the Neonatal Intensive Care Unit (NICU) at St Peter's has shown that premature babies born after 25 weeks can often be stabilised in the delivery room without the need for invasive ventilation tubes or face masks - which are uncomfortable for the baby and upsetting for parents.

Normally a very premature baby will be ventilated from birth, and then switched to a less invasive type of breathing support. At St. Peter's NICU, for the past nine years they have used a system called nasal High Flow (HF), which delivers gas and air at the correct temperature via small prongs in the nose, for non-invasive breathing support.

The team, led by Dr Peter Reynolds, neonatal intensive care consultant, wanted to test the ease and effectiveness of starting the HF treatment in the delivery room immediately after birth where possible to avoid the need for ventilation.

Staff commented favourably on the comfort of the babies in the study, who sometimes opened their eyes and even lifted their heads up. Some parents commented that they liked seeing their baby breathing by themselves after delivery.

Dr. Reynolds said: "We have shown for the first time, in this small trial, that the HF system can support the breathing of very premature babies as soon as they are born. The results are very encouraging but further studies are needed to determine if this is the best form of non-invasive care. I am very grateful to all the parents who agreed to participate in the study."