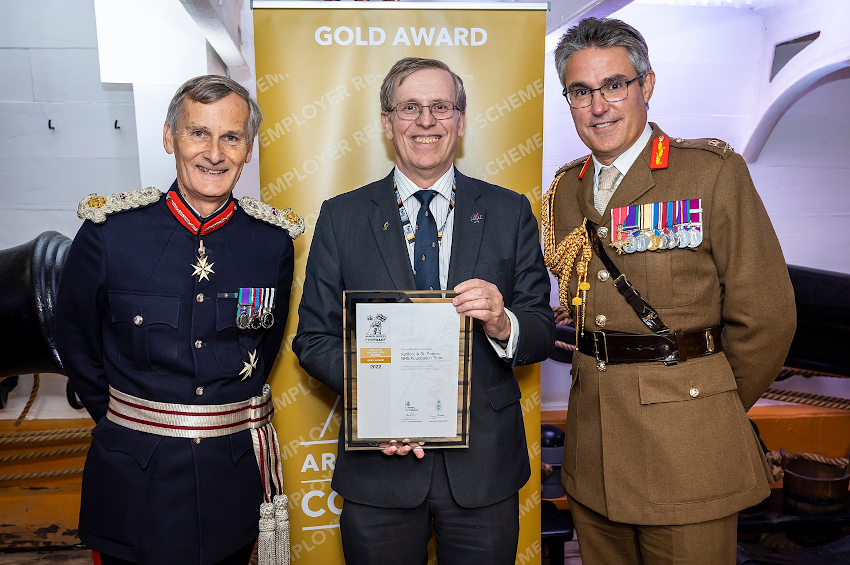 The Ministry of Defence has officially presented Ashford and St Peter’s Hospitals NHS Foundation Trust with a Gold Employer status under the Employer Recognition Scheme (ERS) in acknowledgement of the value they place on supporting the Armed Forces in the workplace. The Defence Employer Recognition Scheme is for employers who have signed the Armed Forces Covenant. The ceremony took place aboard HMS Warrior, in the Portsmouth Historic Dockyard on 6th October 2022.

Andy Field said “We were delighted to receive this prestigious award on behalf of the Trust. We have worked hard to show how much we value the contribution of our armed forces and are proud of our employment policies in relation to recruiting former services personnel.”

To receive the MOD’s Gold award, employers must have signed the Armed Forces Covenant and must proactively demonstrate their forces-friendly credentials as part of their recruiting and selection processes as well as helping former military personal by helping career transitions in the recruitment of service leavers and to be supportive of forces families.

Andrea Lewis said, "I am delighted and honoured that Ashford and St Peter's Hospitals have been recognised for the support provided to those from a military background.”

Clarence Chikusu said, “As well as the formal presentation of the awards, attendees at the event were treated to a Beating the Retreat by a band of the Royal Marines, a drill display by members of the Royal Air Force Regiment and a fly past by a Chinook helicopter along with a tour of HMS Warrior.” 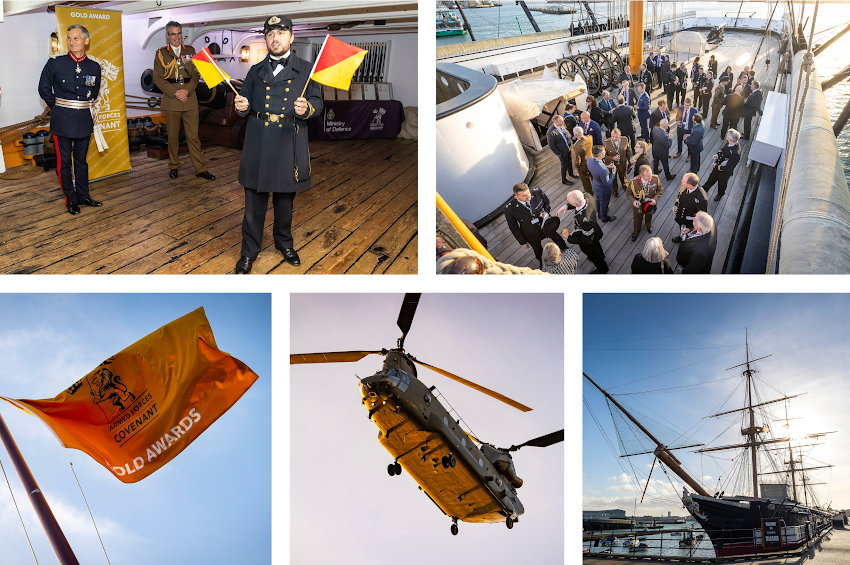